HDR as a technique has had a lot of bad press over the years so this article is aimed at quickly explaining the good, the bad and the ugly of it to those of you who have not yet tried it, writes Andrew James.

If you’re not sure what HDR is, the term stands for High Dynamic Range and it is used to refer to a photograph that has been created by blending several different frames of the same scene, each one exposed to capture a specific set of tones. Typically this is the highlights in one frame, mid-tones in the second and the shadows in the third,  but it could also be more than three frames or just two. Essentially, as far as I’m concerned, it’s any image that has been created from more than one photo of the same subject.

It’s popular because a camera’s sensor can only capture a certain tonal range within a single frame and high contrast scenes can lose detail in both highlights and shadows. Shooting several frames, each exposed separately but then blended together, will extend the tonal range so that detail can be seen within the whole of the image. Some cameras have inbuilt HDR functionality. I’m not a great lover of these but if you want to experiment then give them a go because they can work okay but be careful the finished image isn’t ‘over the top’. Most modern DSLRs have different HDR settings so experiment and find the one you like best if you want to try the ‘easy’ route to HDR.

HDR’s bad press
I dislike ethical questions over the validity of certain techniques. It’s valid if you are happy to do it. End of argument. I think I can say with some certainty that many professional landscape photographers employ HDR techniques to one degree or another. If you look at a HDR image and you can’t tell that it is HDR then I’d suggest that it is a ‘successful’ HDR image. If you look at it and it’s obviously HDR then it’s badly done. This is only my opinion of course. It’s like many things in life, all a matter of taste. So if you look at an image that is not obviously HDR then how do you know if it is HDR? Quite often this is simply because it is too perfect an image of a high contrast scene. In other words, one image would have struggled to capture all the detail. It’s possible that someone with a physical filter such as an ND Grad and some good Photoshop skills could have achieved it but on the whole it’s a safe bet it is an HDR photo. The more perfect it is, the greater the chance that it is HDR!

The image above is an HDR image comprising of five different frames. But it’s not obviously HDR. I could have achieved an almost exact copy of this particular scene in a single frame with the use of a couple of physical filters. However, I didn’t have them with me at the time so instead used the HDR approach.

Shooting for HDR
It is always important to have the camera static on a tripod when shooting HDR. The essential thing to avoid is camera movement or the different frames will not align correctly. The HDR software can correct for minor movement from clouds or wind-blown leaves but cannot perform miracles if you or your subject have moved a lot.

If you’ve never tried HDR then here’s an example using five different frames from -2stops, -1 stop, no compensation (0), +1 and +2. The scene was full of contrast, from the deep shadows under the trees to the brighter lake and sky and is exactly the type of scene where HDR can pay dividends. Click to scroll through the images. 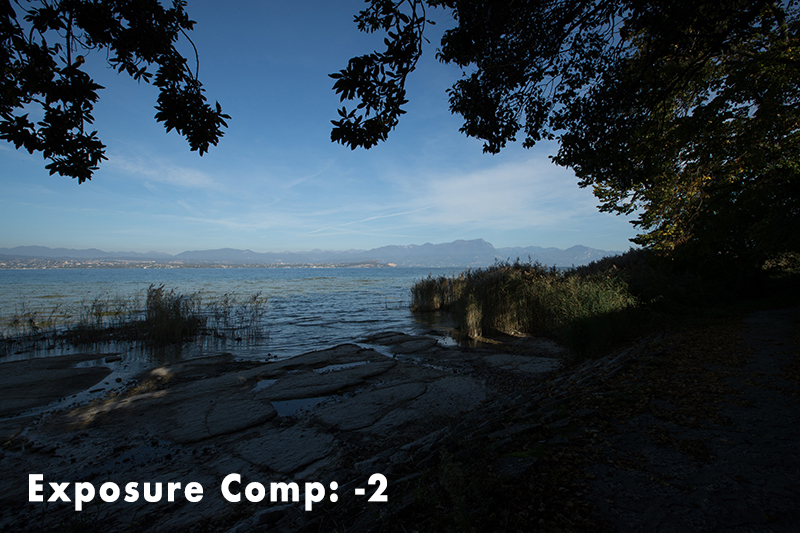 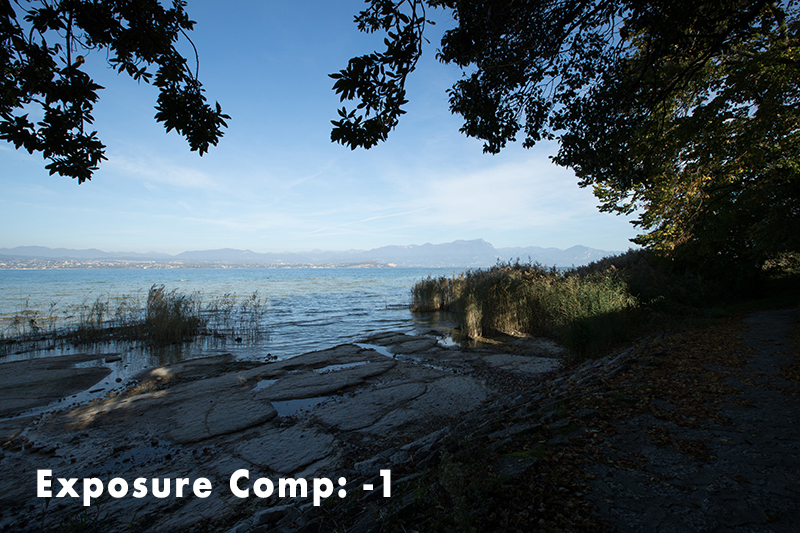 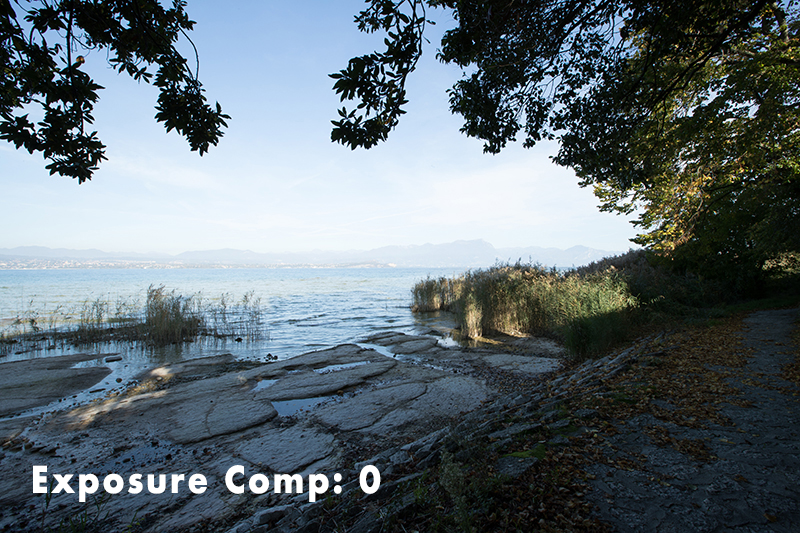 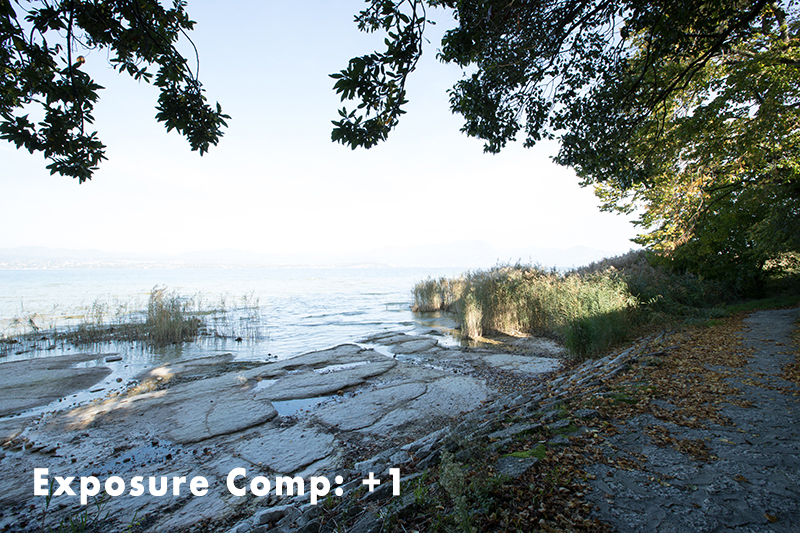 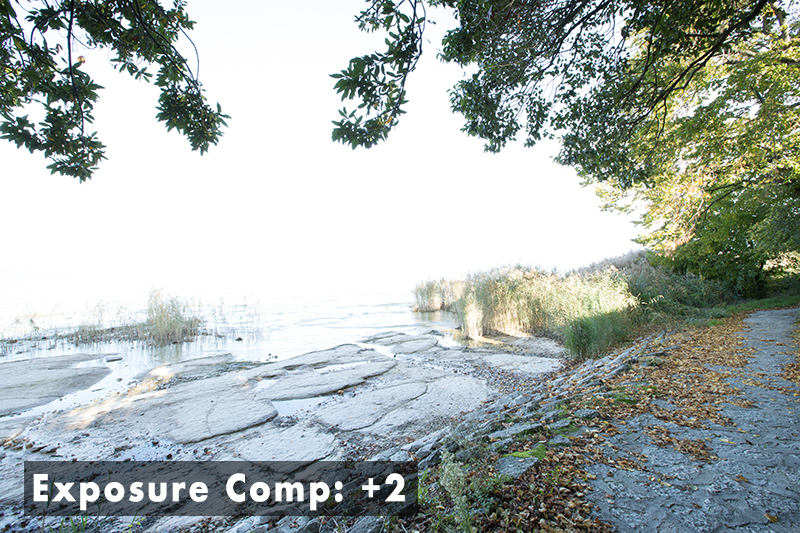 As you look through these images you can see how each frame is ‘collecting’ that full range of tones and details from the highlights (-2) to the shadows (+2). With each frame I’ve gathered all that information. If you look at the image in the middle with no exposure compensation you could argue that it’s okay and you could use it. But to me the shadows are too dark in the foreground so it needs work. Of course, we could lift those shadows from a single frame in Lightroom or similar software but the amount those shadows need to be lightened would risk a real chance of too much noise degrading image quality.

As you can see there are a full range of tones through the image. I still have a black point but the grey foreground path and those rocks now retain some important detail. It’s HDR but it appears natural (I’ve actually pushed this more to the full HDR side than I probably would so you can see clear difference). That’s because I’ve controlled the processing in Lightroom and tweaked the DNG file that Lightroom creates after it has blended the frames together. In other words, I’m not relying on the software to give me the exact finished look I want without further manipulation. You can get HDR-specific software such as Photomatix to blend your images together too, while Photoshop also has its own HDR function. It is a relatively simple task to blend the images in software and the results can be very good.

So if you’ve not tried HDR before then give it a go. Get the tripod out and bracket your shots 1 or 2 stops either side of the camera-metered exposure. Then use the software of your choice to merge them together. It’s best to try it with high contrast scenes like the one above but any scene will work if you just want to experiment as an exercise. Remember, when you are changing the exposure only change the shutter speed and not the aperture. This means it’s important to work in full Manual for this technique.