I know from talking to many of you that using flash is sometimes regarded as a complication you don’t want, writes Andrew James. Hopefully some of the flash advice we’ve been giving you in recent articles has begun to dispel the myth that using flash is a scary and technical difficult. It isn’t really – it just appears that way. However, if you remain a bit of a ‘flashaphobe’ then you do have another option when it comes to extra lighting for some subjects, and that’s LED lighting.

LED lighting has come on in leaps and bounds in recent years and, while you can’t really make a case for one or the other as each has pros and cons of its own; for simple ‘what you see is what you get’ lighting in a range of situations, an LED is all you need. LED actually stands for light emitting diode and is a lot more efficient than old-fashioned incandescent lighting, which is why it’s become so popular in domestic and workspace buildings. This popularity has spilled over into photography and, more specifically, videography, which means there are lots of LED lights for photography and filming now available.

One thing that we should be clear about from the start is that LEDs do not produce the power of lighting that a flash can. If you compare a typical flashgun with a similar sized LED unit, you discover that the quick one-off burst of light emitted by a flashgun, even at its lowest power, will outgun an LED every time.

That said, if you switch on a small LED, turn it up to full power and stare right at it you’ll naturally want to squint because it can be too much for our eyesight and potentially damage it. Please don’t actually do this, just take my word for it. Therefore, LEDs can offer excellent continuous illumination; they just can’t compete with a flash’s instant power. So forget LEDs for high speed photography, such as freezing the splash of a water droplet. That’s where a flash is definitely needed.

While an LED might lack the power of a flashgun, it will give you softer lighting simply because the surface area of an LED is greater than the typical light emitting area on a flashgun. Of course, you can soften a flashgun’s lighting with a diffuser or by bouncing it off a wall or ceiling, but you don’t necessarily need to do this with an LED, although the option is still there to diffuse it as long as you remember that this will reduce its power further still and result in longer exposures.

So where can LED lighting be used in photography? For starters it’s great for macro work as a modelling or fill light. Again, there will be times when you need the power of a flashgun, but if exposure time isn’t an issue or you are simply using an LED to add some extra fill light to shadows then it’s really valuable. You can also use LED lighting for portraits. The fact you can see the effect you’re getting is a huge help as you try to create some interesting lighting on your subject. General still-life photography is another area where continuous LED lighting will work well – small setups are easier but if you’re upscaling your still life setups, the option is there to upscale your LEDs too. Ultimately any area where you don’t need a huge amount of power or really fast exposures can work well. Plus of course, there’s light painting. Using an LED panel of some sort as you light paint a subject in the dark can give some excellent and eye-catching effects. And of course, there is also video. While there are only a few of you really utilising the video capabilities of your DSLR, if you do choose to have a play, then LEDs may well be needed. We use them a lot for the commercial video work we do, as either the sole light sources, or by combining them with ambient light.

Using a continuous light for portraits is really easy, but like all LED use, comes with some drawbacks and that’s all linked to the overall power of the LEDs when compared to flash. To get interesting lighting when working outside, you effectively have to outgun the sun. An LED just won’t do that – unless you chose to use a real whopper of a panel, but that’s just not practical. That said, for indoor use, or outdoors in the shade, then LED lighting does have its place. Here’s a portrait I took recently of a young female racer using the largest of our LEDs, which is still only 16x21cm (roughly).

As you can see from the catchlight in the eyes I used just one light positioned to her right, and was able to angle it carefully so I had some interesting modelling on the face. For a male subject, I’d have been happier with shadows that had more contrast but for a female I wanted something softer and the larger LED certainly delivered that with some soft feather on the shadows.

To achieve all this I did have to use ISO 800, which for some might not be acceptable for a portrait, but I can’t see any quality issues arising as a result. Plus, I needed to shoot at a wide aperture so the depth of field is limited. That was fine for the look I wanted but if you required greater sharpness through the portrait, using an LED would then need another ISO boost, so then we’d maybe start to run into noise issues. For those of you would like to know the full exposure details, this was actually 1/400sec at f/4 and ISO 800.

But of course, LEDs really work best with smaller subjects, such as this shallow-focus forget-me-not taken on a macro lens. I simply used a little bit of continuous light to mimic daylight. You can’t really tell and of course, that’s the point! But it just meant I could direct a little bit of gently light onto the area I was focusing on…

And for those of you who like the creative, slightly abstract shallow focus look, an LED gives you total control over the light and if the subject isn’t moving you can play around to your heart’s content, trying different lighting positions, using several light sources and of course coloured gels over the lights. A great deal of fun can be had with the contents of a kitchen draw! Have a scroll through the images below… 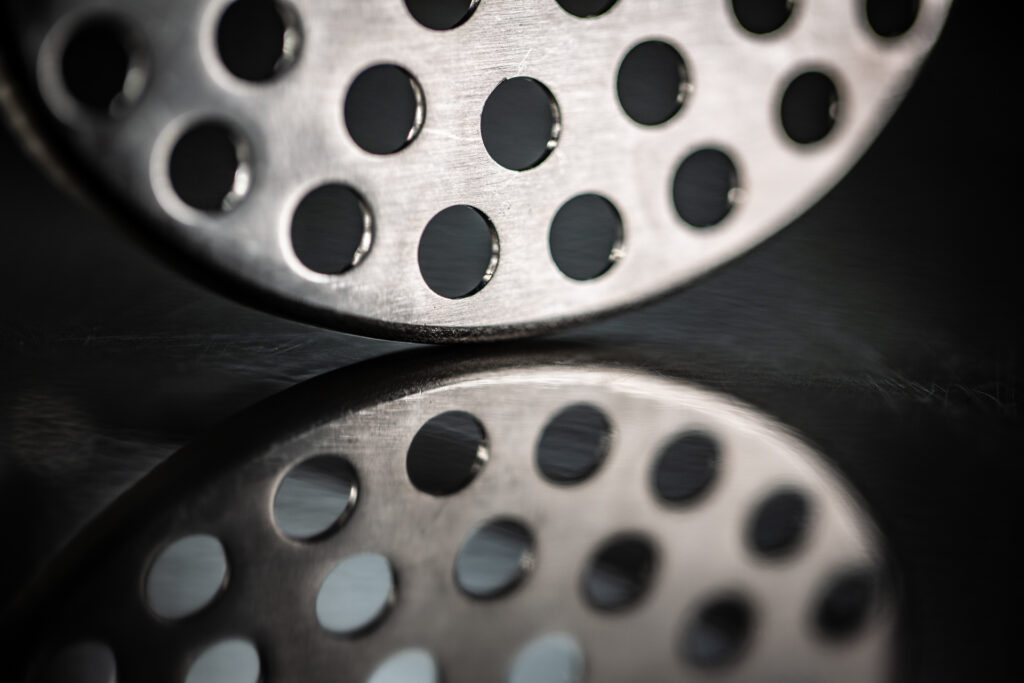 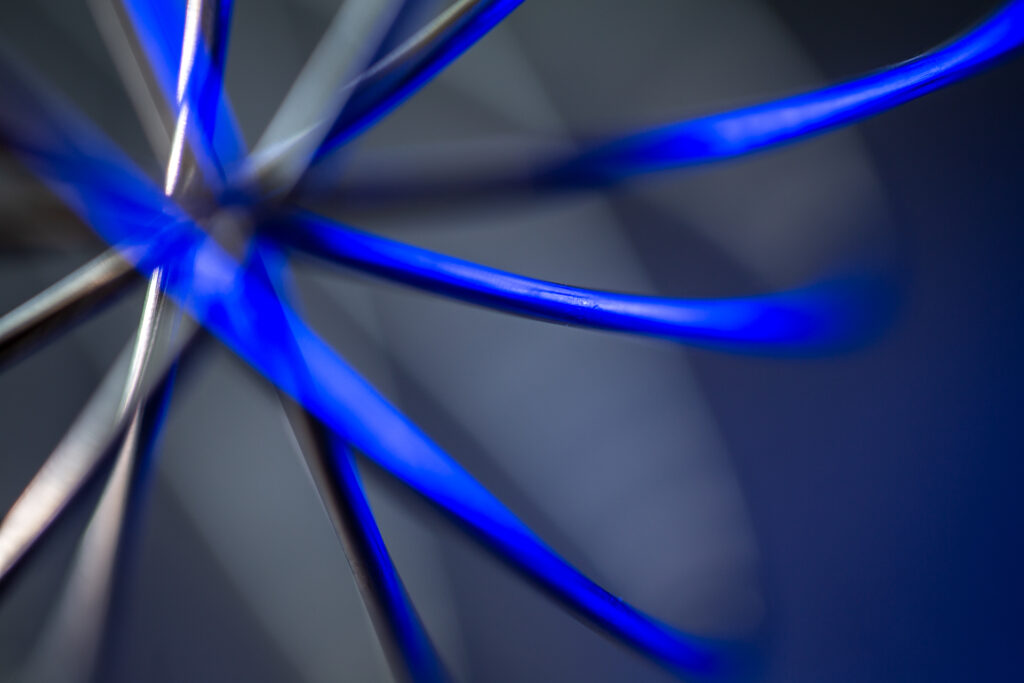 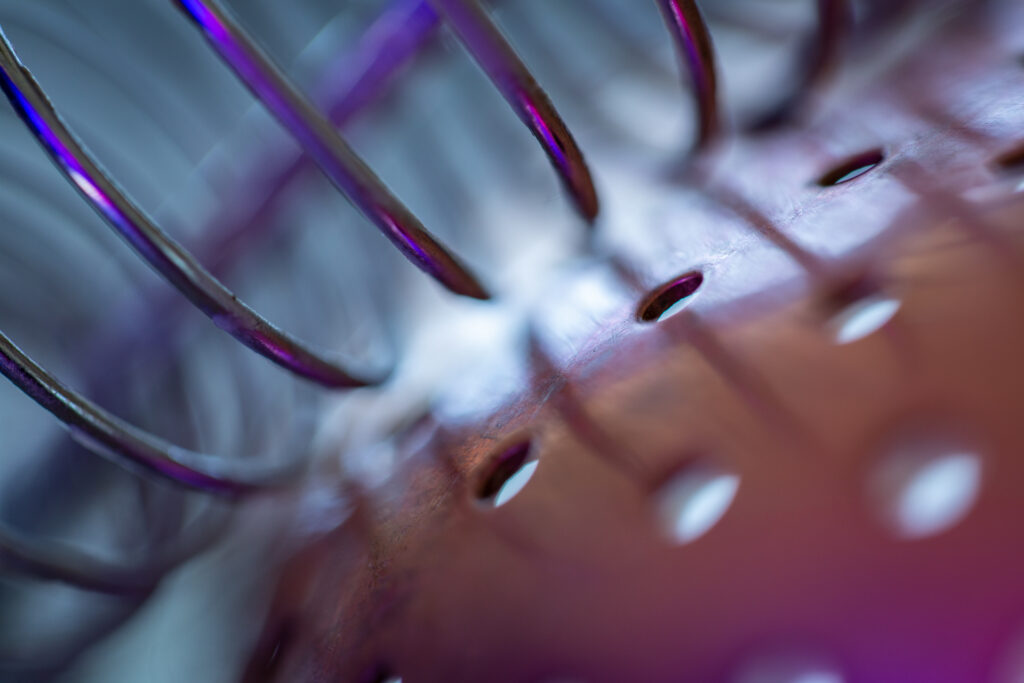 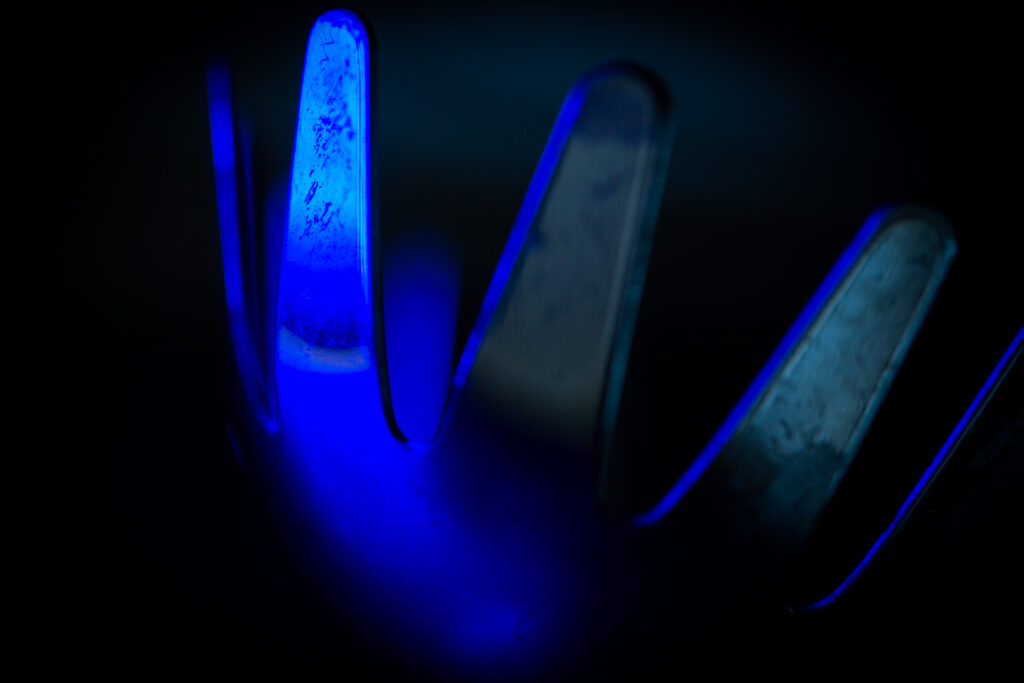 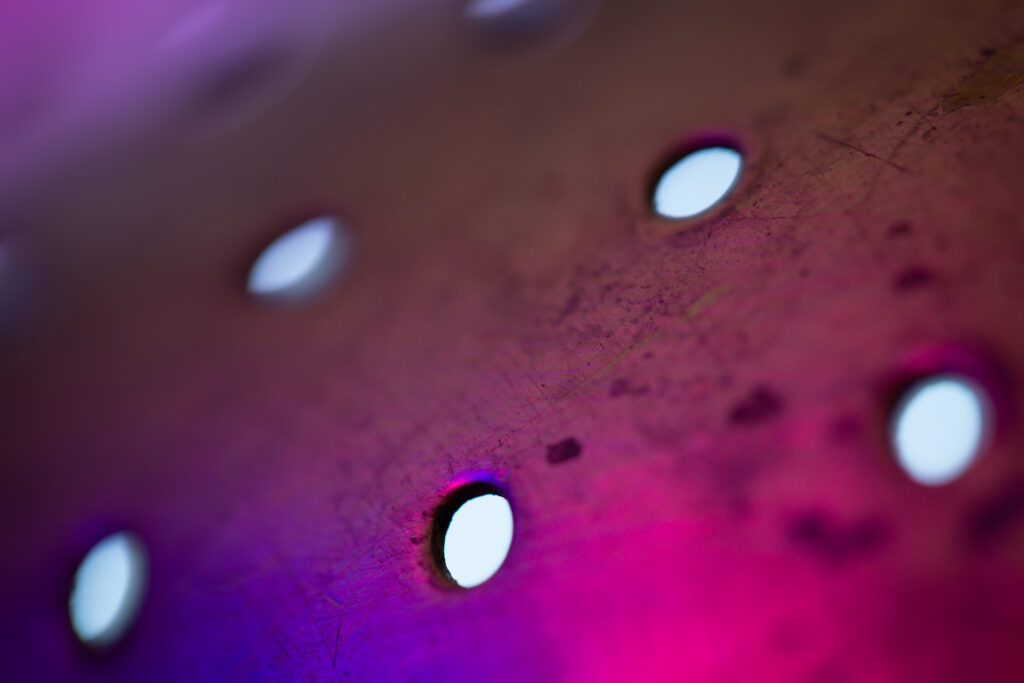 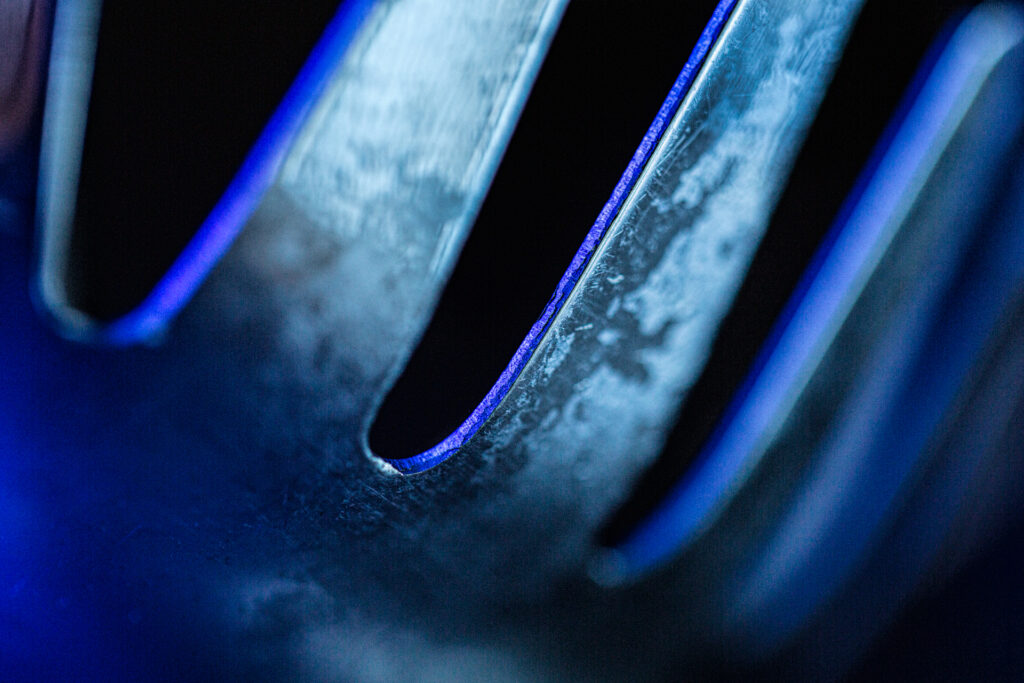 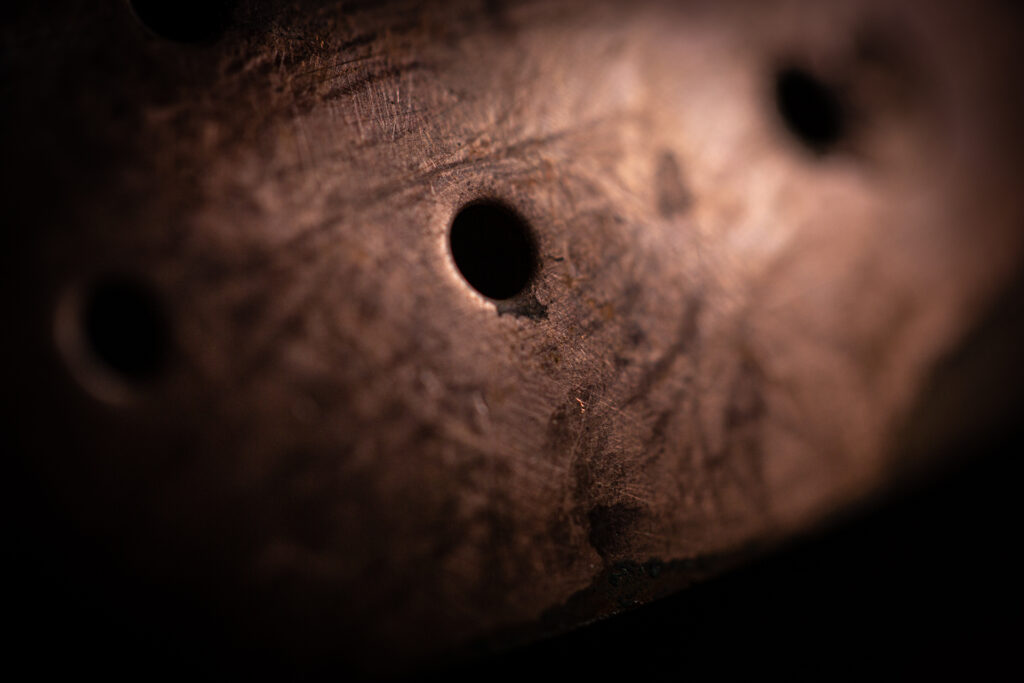 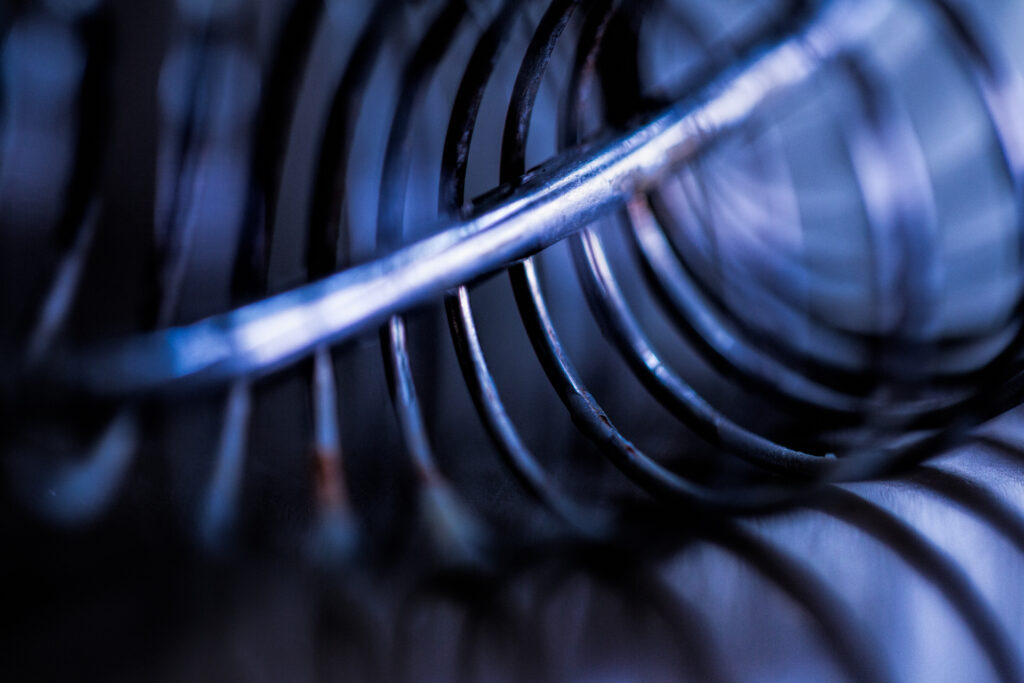 So what LED do you get? A lot depends on what you’re doing with it but ultimately, you don’t need to spend a fortune. The things you want to check include how it’s powered, the battery life, whether it’s dimmable and whether it can give you a bi-colour. Ideally you want an LED with a colour rendering index (CRI) as close to 100 as possible as this means it will produce a light that’s pretty accurate in terms of colour fidelity. I bought a very small LED this week from Aputure, as it’s handy for all sorts of things photographic and it has a CRI of 95, which is plenty good enough.

Ultimately, LEDs really are a great photography accessory and even if you only have a small one such as the M9 I purchased, it’s worth carrying one around with you as a continuous fill light to to do some modelling on a subject, or to mimic the early morning sun, as I did this time last year if you look back at this feature… Once you start using one for a touch or extra light here and there, you’ll wonder what you did without it!